Of all the medical problems that almost everyone in the world has in common, dental cavities rank almost first. To one extent or another, almost everyone has experienced tooth decay, whether as simple divoting of the enamel or as deep-set decay that can cost you a tooth. We’re told about the choices we can make to help avoid developing tooth decay without really gaining any understanding about the processes involved. In this article, we’re going to change that by explaining a bit about the ecology of our oral cavity and the role that a specific bacteria plays in decay.

The Unique Environment That Is The Ecology of Our Oral Cavity

While most people are familiar with the terms plaque, tartar, cavities, and tooth decay, it’s only in a rudimentary way. The majority of us don’t often think about the fact that there’s more than sugar and acid at work in the development of tooth decay; there’s a specific bacteria that has it in for our dental enamel. Our mouths are full of a staggering array of bacteria, around 300 different species overall. The majority of these developed as part of a mutualistic relationship, in which both we and the bacteria benefit. Some merely have a commensal relationship with us, where they feed on the various substances in our mouths but don’t cause us any harm. Some of the bacteria that can be found in our mouths include:

This list demonstrates just a small selection of the hundreds of different bacteria that live in our mouths. With all the names listed above, it’s only the last one that poses an actual threat to the good health of your teeth and gums. Many of the others actually help protect your teeth by making it impossible for this particular bacteria to adhere to them.

Mutans, on the other hand, consume substances found in the mouth and forms a layer of plaque, also known as biofilm, on the surface of your teeth. As part of consuming food found in the mouth, such as sugars, they produce an acid that softens and eventually erodes the enamel. This is the process that begins the process of tooth decay that can lead to lost teeth, gum disease, and eventually the development of periodontitis and bone loss. Regular dental hygiene practices will ensure that the development of biofilm is counteracted and mutans’ ability to damage our teeth limited.

The Dangers of Not Taking Control Of Malignant Bacteria

Streptococcus mutans is a dangerous foe, one that can completely alter the shape and appearance of your smile. Once gingivitis sets in and converts to periodontal disease, the risks are even greater. Periodontal disease can result in your gums receding, the roots of your teeth to rot, and your jawbone to begin dissolving. Without proper care, there’s a risk that the bacteria will get into the bloodstream and ultimately put you in a life-threatening situation. Ready to unearth more about the relationship between your oral ecology and your oral health? Speak to your dentist today. 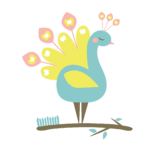